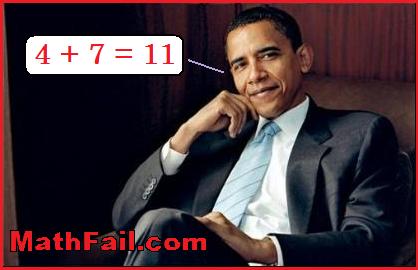 “Thank you. I am extraordinarily excited to have you all here today.

finally, allow me to thank the many leaders here today who have agreed
be part of the historic effort to inspire and educate a new generation
in math and science.

You know, we live in a world of unprecedented perils, but also unparalleled potential.

And that’s why education in math and science is so important.

Now, the hard truth is that for decades we’ve been losing
ground. One assessment shows American 15-year-olds now rank 21st in
science and 25th in math when compared to their peers around their
world.

And this isn’t news. We’ve seen warring statistics like this
for years. Yet, time and again, we’ve let partisan and petty bickering
stand in the way of progress. And time and again as a nation, we’ve let
our children down.

So I’m here and you are here because we all believe that we
can’t allow division and indifference to imperil our position in the
world. It’s time for all of us in Washington and across America to take
responsibility for our future.

And that’s why I’m committed to moving our country from the middle to the top of the pack in science and math education over the next decade.

To meet the goal, the Recovery Act included the largest
investment in education in history, while preventing hundreds of
thousands of educators from being fired because of state budget
shortfalls.

Under the outstanding leadership of Arne Duncan, we’ve
launched a $4 billion Race to the Top fund, one of the largest
investments in education reform in history.

And through the Race to the Top, states won’t just be
receiving funding; they’ll have to compete for funding. And in this
competition, producing the most innovative programs in math and science
will be an advantage.

In addition, we are challenging states to improve achievement
by raising standards, using data to better inform decisions and take
new approaches to turn around struggling schools.

And because a great teacher is the single most important factor in a great education,
we’re asking states to focus on teacher effectiveness and to make it
possible for professionals, like many of the people in this room, to
bring their experience and enthusiasm into the classroom.

But you are here because you know that the success we seek is
not going to be attained by government alone. It depends on the
dedication of students and parents and the commitment of private
citizens, organizations and companies. It depends on all of us.

And that’s why, back in April, at the National Academy of
Sciences, I issued a challenge: to encourage folks to think of new and
creative ways of engaging young people in science and engineering. And
we are here because the leaders in this room answered that call to
action.

Today we are launching the Educate to Innovate Campaign, a
nationwide effort to help reach the goal this administration has set:
moving to the top in science and math education in the next decade.

We’ve got leaders from private companies and universities,
foundations and nonprofits and organizations representing millions of
scientists, engineers and teachers from across America.

The initial commitment of the private sector to this campaign
is more than $260 million, and we only expect the campaign to grow.

Business leaders from Intel, Xerox, Kodak and Time Warner
Cable are teaming up with Sally Ride and the Bill and Melinda Gates
Foundation, as well as the Carnegie Corporation, to find and replicate
successful science, math and technology programs all across America.

“Sesame Street” has become a two-year initiative to teach
young kids about math and science, and Discovery Communications is
going to deliver interactive science content to 60,000 schools,
reaching 35 million students.

These efforts extend beyond the classroom. Time Warner Cable
is joining with the Coalition for Science After School and FIRST
Robotics, the program created by inventor Dean Kamen, which gave us the
Cougar Cannon to connect 1 million students with fun after-school
activities like robotics competitions.

And organizations representing teachers, scientists, mathematicians and
engineers, joined by volunteers in the community, are participating in
a grassroots effort called National Lab Day to reach 10 million young
people with hands-on learning. Students will launch rockets, construct
miniature windmills and get their hands dirty. They’ll have the chance
to build and create, and maybe destroy just a little bit…
“