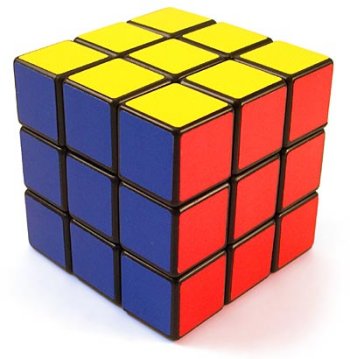 A team of researchers has shown that no position of the Rubik’s cube requires more than 20 moves by using around 35 CPU-years of idle computer time donated by Google. The algorithms used by those fast cube solvers typically require more than 40 moves.

“One may suppose God would use a much more efficient algorithm, one that always uses the shortest sequence of moves; this is known as God’s Algorithm. The number of moves this algorithm would take in the worst case is called God’s Number. At long last, God’s Number has been shown to be 20.”

It should be noted that there exists configurations of the Rubik’s cube which require at least 20 moves to solve, as shown by Michael Reid who proved that the ”superflip” position requires 20 moves.