Are you ready for another brain teaser? You’re in for a treat. 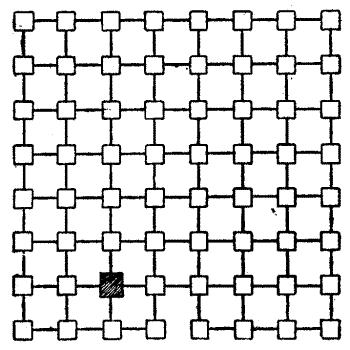 The gentle Pardoner […] produced the accompanying plan, and said that it represented sixty-four towns through which he had to pass during some of his pilgrimages, and the lines connecting them were roads. He explained that the puzzle was to start from the large black town and visit all the other towns once, and once only, in fifteen straight pilgrimages. Try to trace the route in fifteen straight lines with your pencil. You may end where you like, but note that the omission of a little road at the bottom is intentional, as it seems that it was impossible to go that way.

Pardoner started from the large black town and visited all the other towns once, and once only, in fifteen straight pilgrimages.