December 15 seems like a normal day for most people, but it should mean something to those who have an affinity for math. This is the day Janos Bolyai was born and here is why it is so important. 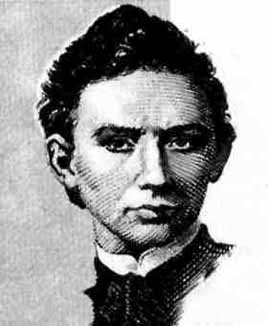 JÃ¡nos Bolyai (15 December 1802 â€“ 27 January 1860) was a Hungarian mathematician, one of the founders of non-Euclidean geometry â€” a geometry that differs from Euclidean geometry in its definition of parallel lines. The discovery of a consistent alternative geometry that might correspond to the structure of the universe helped to free mathematicians to study abstract concepts irrespective of any possible connection with the physical world.

By the age of 13, he had mastered calculus and other forms of analytical mechanics, receiving instruction from his father.

He became so obsessed with Euclid’s parallel postulate that his father wrote to him: “For God’s sake, I beseech you, give it up. Fear it no less than sensual passions because it too may take all your time and deprive you of your health, peace of mind and happiness in life”. JÃ¡nos, however, persisted in his quest and eventually came to the conclusion that the postulate is independent of the other axioms of geometry and that different consistent geometries can be constructed on its negation.

He wrote to his father: “Out of nothing I have created a strange new universe”.

Between 1820 and 1823 he prepared a treatise on a complete system of non-Euclidean geometry. Bolyai’s work was published in 1832 as an appendix to a mathematics textbook by his father.

Gauss, on reading the Appendix, wrote to a friend saying “I regard this young geometer Bolyai as a genius of the first order”. In 1848 Bolyai discovered that Lobachevsky had published a similar piece of work in 1829. Though Lobachevsky published his work a few years earlier than Bolyai, it contained only hyperbolic geometry. Bolyai and Lobachevsky did not know each other or each other’s works.

In addition to his work in geometry, Bolyai developed a rigorous geometric concept of complex numbers as ordered pairs of real numbers. Although he never published more than the 24 pages of the Appendix, he left more than 20,000 pages of mathematical manuscripts when he died.