The umbilic torus is a single-edged 3-dimensional figure created by Helaman Ferguson as a mathematical artwork. The lone edge goes three times around the ring before returning to the starting point. A cross section of the surface taken from an umbilic torus corresponds with a hypocycloid.

This sounds complicated to imagine, but it doesn’t seem that complicated to build. In fact, Trent Johnson created one for himself and a friend of his posted a complete tutorial on how to make one yourself here. Follow the link and you will find even more pictures of the project in progress. 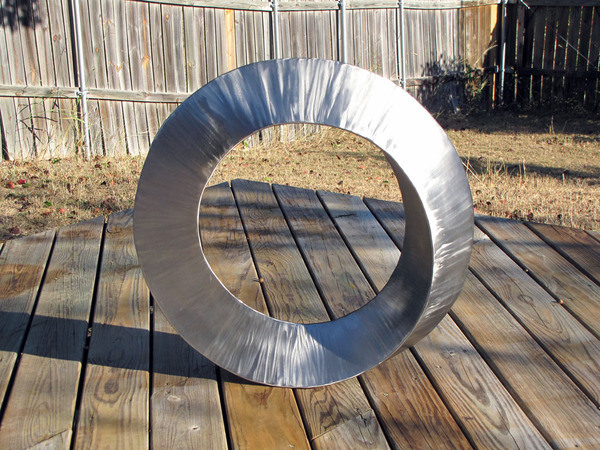 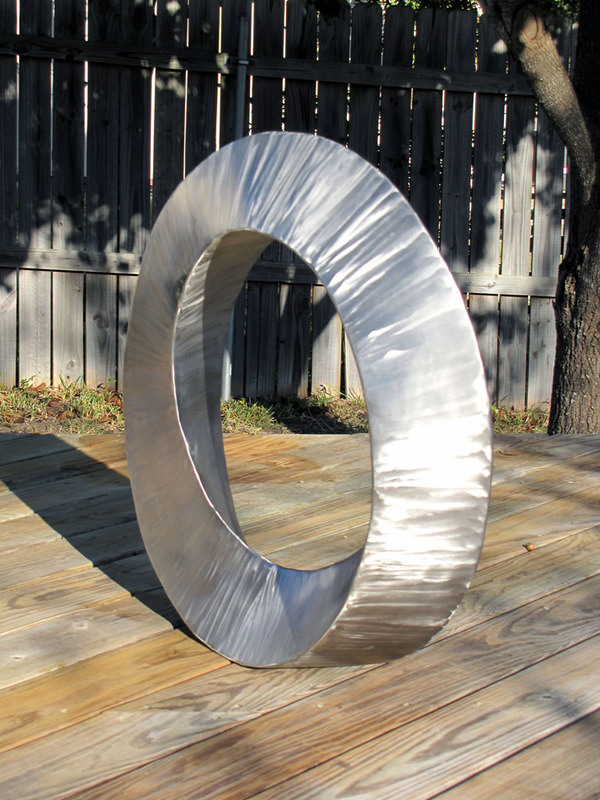