The FBI has released two notes in code that relate to the murder case of Ricky McCormick from 1999. McCormick had been murdered and his body was dumped in a field. The only clues were the two encrypted notes below that were found in the victim’s pockets. Despite several experts working on the code (including linguists, computer scientists and mathematicians) the code has still not been broken.

According to the FBI news story:

“McCormick was a high school dropout, but he was able to read and write and was said to be “street smart.” According to members of his family, McCormick had used such encrypted notes since he was a boy, but apparently no one in his family knows how to decipher the codes, and it’s unknown whether anyone besides McCormick could translate his secret language. Investigators believe the notes in McCormick’s pockets were written up to three days before his death.”

If you know what the notes say, submit your comments to the FBI site here. 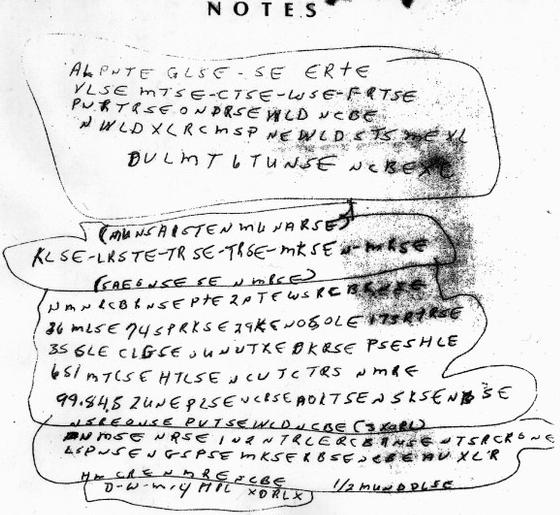