The above comic illustrates Brian’s Brain, a cellular automaton devised by Brian Silverman. It’s similar to Conway’s Game of Life, but instead of 2 states there are 3 states that each cell can take.

One simulation of a random seed after 44 generations is: 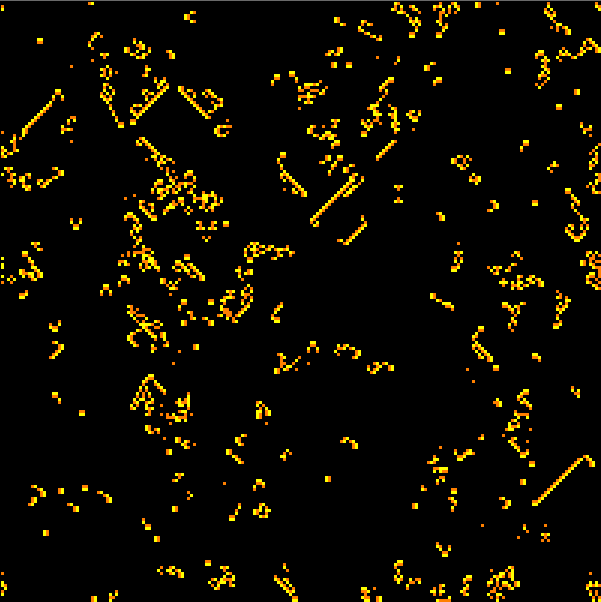 The black cells are zombies, yellow cells are dead, and orange cells are humans. I hope you aren’t scared of zombies because that’s a crapload of zombies!! Thanks Jesse for the picture!

Justin also whipped something up that’s neat to play with: Conway’s Game of Death.