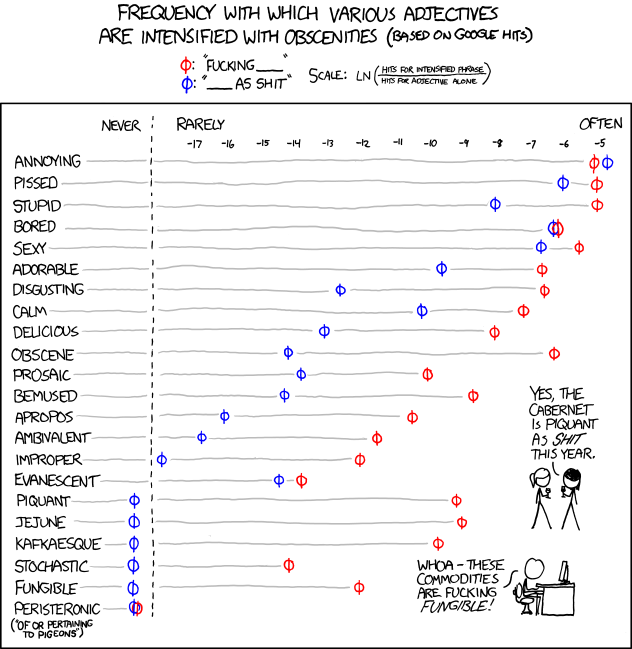 But now that it’s been published, people have started using these phrases which messes up the google hits and the graph (but not by much). I usually use both “fucking” and “as shit” at the same time for emphasis, as in: