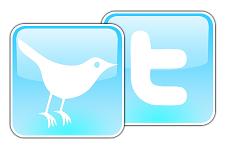 This is neat. Asur and Huberman (HP Labs California) have analyzed the rate of tweeting versus opening weekend box office revenue. As expected, they found a strong correlation between the amount of tweets concerning a forthcoming film, and its opening weekend box office return (lots of people talking about it, means lots of people want to see it, right?). MrScienceShow says:

“After examining the rate of chatter from almost 3 million movie tweets, the researchers constructed a linear regression model for predicting box-office revenues of movies in advance of their release. These results outperformed the Hollywood Stock Exchange, a market in which people can buy and sell virtual shares in actors, directors and individual movies and produces unusually accurate predictions of film popularity.”

The results can be found in their paper on the arxiv.