How many digits of pi do you have memorized?

But seriously… is it 3? 5? 10? more than 30? If it’s more than 30 pat yourself on the back because that’s a great accomplishment! If it’s only a few, then no worries. Below we will teach you some techniques that can be used to conquer the digits of pi.

Some basic information and a brief time line on computations of the digits of pi:

This is just a joke. It does bear a tiny bit of truth but the two sets of people aren’t mutually exclusive. I am both a scientist and a science fan! 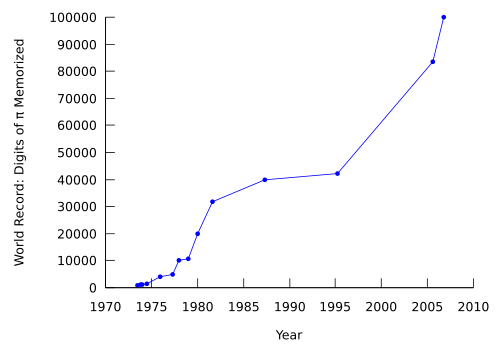 My favourite piems!
There’s over a bazillion piems and variations (lots and lots). The best ones are:

Start by memorizing (3.14159) for a minute… then add the next group (26535) and practice for two minutes. Then add the third group and practice until you are comfortable (REPEAT!!)

You are standing at the biggest door you have every seen.
You knock at the door and this Raggedy Ann doll answers.
Out of nowhere, she smacks you with a pan she is holding!