You may have seen this already since it dates back to June 2008… But there was reports of a crop circle that represented the first 10 digits of pi (including the decimal point). Pictures below. 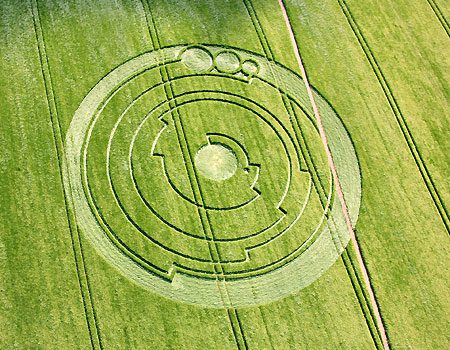 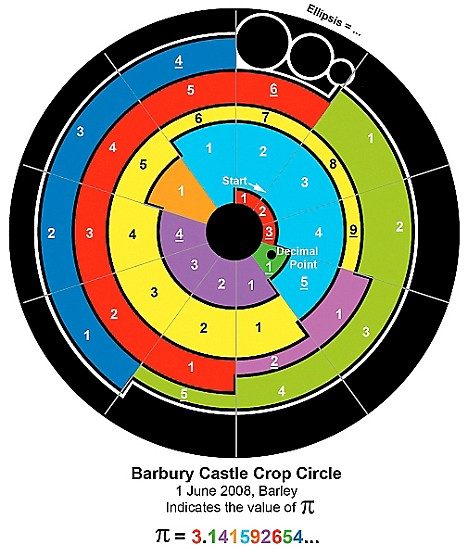 Believers in aliens argue it was made by mathematically minded aliens… But of course, there is a super high probability it wasn’t.

One thing is that it is in base 10. If aliens made it, why would they use base 10 unless they have been studying our race for a long time. In which case, why would they leave silly circles in random fields? Also, the smart aliens live in England, since these kinds of mathematical crop circles have appeared there a few times.