This British comedy show is hilarious. It’s called “Look Around You” and the second epsidoe is about “Maths”. Check it out on youtube (at least for now): 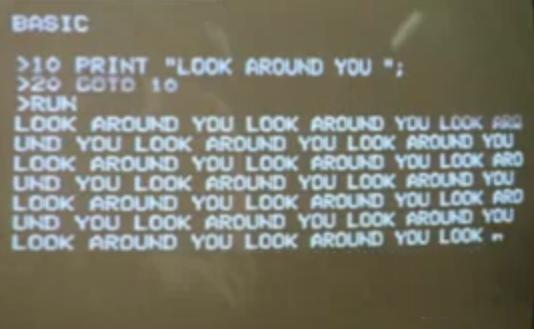 Quote from the show (but you really have to watch it to put it in perspective!!):

And one of the problems they presented:

“Narrator: Eight ladies go to eight shops at eight o’clock in the morning. Each
lady wants to buy eight spiders. For each spider, eight spider shoes
must also be bought. But they only have eight pounds between them. With
each spider costing eight pence and each spider shoe costing an eighth
pence each, will the ladies have enough change for the bus ride home? A
journey costing eight pence per stop and made up of eight stops.“

Check out the wiki entry for more information.